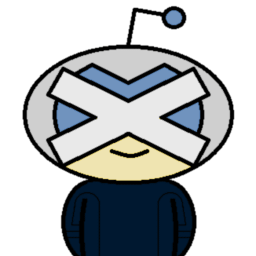 This is a subreddit dedicated to Marvel Comics, its publications and hundreds of characters. It is not affiliated with Marvel Entertainment, LLC and is an unofficial community operated by dedicated fans.#### Description #Welcome to /r/Marvel!

This is a subreddit dedicated to Marvel Comics, its publications and hundreds of characters. It is not affiliated with Marvel Entertainment, LLC and is an unofficial community owned and operated by dedicated fans.

New to reading comics? Check out our Recommended Reading Guide!

#Spotlight Release of the Week

#Mod's Pull of the Week

THIS WEEK IN COMICS

Do not include spoilers in the title of your post and warn people if your submission includes spoilers. Recent movie and/or TV episodes need to happen in their respective stickied mega threads. Leaks can be posted on /r/MarvelStudiosSpoilers. If you need help on how to warn people of spoilers, click "formatting help" when you are submitting a post. Spoilers can be posted in comments using the following formatting: [](#s "Peter Parker is Spider-Man") becomes .

Be respectful to other users and their opinions. This includes: being a troll, making false or unsupported accusations about or towards others, name-calling, instigating unreasonable, irrational, or unnecessary conflict/arguments... you get the idea. This is our "Don't be a jerk" ordinance.

All images containing comic scans must have issue name and number in the title and all fan art must contain an artist source in the title.

Videos are not permitted, unless from Marvel's accounts. Spam, includes but is not limited to; reposts, monetized blogs, unlicensed merchandise, general channel/blog spam, fancasting, who-would-wins, music playlists, unrelated news regarding Marvel actors, polls, fundraisers, quizzes, over-posting in a short time-span, twitter images. Cosplay threads with links to social media will be removed. Self-promotion is acceptable in the exception that the user is an active member of the community.

Macros and memes belong in /r/Marvelmemes. Low Effort posts will be removed

Posting or asking for links to piracy websites, including screenshots of said sites, or posts of entire comic books will be removed and the user banned permanently.

Political discussion outside of the context of comics and films is not allowed. Bringing politics into apolitical threads is not allowed. Trigger words such as SJW, "force diversity," snowflake, libtard, and the like will result in an immediate ban. This does not include discussion of real world implications or inspirations of characters and events within Marvel Properties. If you cannot talk about Marvel politics civilly, you will be banned.

Most bans are subject to repeal under reasonable circumstances. Feel free to messages us if you feel you are being punished unjustly and try to remember to be respectful.

The mods of /r/Marvel reserve the right to remove any posts or comments or users that we see fit at our discretion.

Want to contribute to the FAQ? Message the moderators!