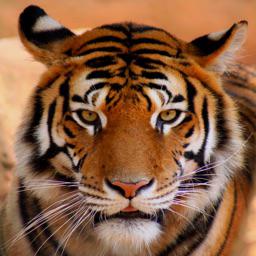 #####This subreddit contains graphic material that involves animals engaging in violence and other brutal conduct in their natural environments.

We do not condone animal violence for sport or training animals to be used for animal fighting.

This subreddit is to appreciate the brutality and unforgiving parts of nature.

No images of piles of feathers, bones, or blood and guts. Remains must have some metal factor to them. Uniquely bad ass skeletons and skulls may be allowed at mod discretion.

Tag bloody or gory submissions as NSFW. If a mod tags your submission NSFW do not untag it.

Animals hurting humans is okay. Humans killing animals is not allowed. No intentional human orchestrated interaction. This also includes animals being harmed at the hands of artificial objects. Animals attacking humans on their own initiative is allowed.

For humans being metal, check out /r/HumansAreMetal: a place for people doing badass things.

Acts of nature are allowed provided the content is metal.

We are here for the awesomeness of nature. These topics will be removed.

Seriously. We will kill you.

Please use accurate and descriptive titles to your submissions: a descriptive title should at least identify the animals in the content and optimally briefly describe what is happening. We do not allow "I see you X and raise you Y" titles.

Any submission that is reposted within 120 days will be removed. No posts that have previously been posted on this subreddit with over 10,000 upvotes in the past year may be posted again.

No submissions allowed from the NiM Top 50.

Only images that have appeared previously in NiM or NiFL count as reposts.

Reposting will be adjudicated on a 3 strikes policy. (1: warning, 2: temp ban, 3: permenant ban)

Word-for-word reposts will be removed.

Expanded clarification of the rules

All rules are subject to moderator discretion.

You can message the mods using modmail if you would like to contest the removal of post or bans. ##Please Visit Our Sister Subreddits

For dead animals doing crazy and badass things from the afterlife, check out r/taxidermy and r/taxidermyismetal

For badass people being metal as fuck please visit r/Humansaremetal

#NATURE IS METAL HALL OF FAME

#NATURE IS METAL HALL OF SHAME

##Please run your submissions through KarmaDecay before posting

##This subreddit is a proud supporter of CSS

velvet worm
there were
black bear